Since 1973, photographer for ceremonies, commissioned portfolios and documentary photographer of events in the Tuscia territory. He subsequently devoted himself exclusively to the creation of the portfolio, photographing archaeological monuments and finally devoting himself to creative photography. In 1969 he attended academic courses of oil painting and painted for several years together with photography and informatic technè. He won commissions to document particular sites and archaeological monuments of Viterbo.

From 1996-2008 he collaborated in the success of the International exhibition Contemporary Art Festival STELLE CADENTI, up to personally produce the fifteenth edition in 2008. He is the organizer and founder of the Centro Studi e Ricerca Fotografi della Tuscia with which he researches in depth technical, aesthetic , conceptual and creative photography. He then founded the Cultural Association IL CASTELLO which unites representatives of the photographic artistic research community of Lazio.

In 2010, he was commissioned by the community of Soriano nel Cimino, to create the photographic history IL PALIO about the four quarters of Soriano. This book is a reportage by Enzo Trifolelli in a volume 30 × 30 cm, 252 pages with 278 photographs and printed in 1251 numbered copies. It was published in 2011 and was awarded a medal by the President of Italian Republic, Giorgio Napolitano.

Always fascinated by the artistic component of photography, Trifolelli actualized the concept of Bragaglia creating numerous series of photographs and studies of space-time. In 2010 he defined his idea to photograph the Three-dimensionality and Space-Time-Energy of the subject and photographer, intending by this the recording, in a single shot, the representation of a subject in three-dimensional space containing the dynamics of the photographer.

In 2011 finally he reached the desired results researched over time, making the first photograph that included all the components characterizing his concept and calling it PhoTotempism. The result thus achieved testifies to the introduction in product photography of the Sign by the photographer, by resizing the indexical value and thus generating even a new Aesthetics already registered on the sensor at the time of shooting. With this concept, the camera is used in a condition never before used, and the same way as a tool that works in space and time managed by the photographer.

In 2012, he was guest exhibitor at the Esposizione Nazionale delle Arti Contemporanee PREMIO CENTRO, for the first time exhibiting PhotoTempism with a portfolio entitled Pierrot and our society consisting of 10 photographs in Fine Art format 70x 50 cm and a book entitled, Pierrot. In 2014 he exhibited in Fiuggi at the traveling exhibition, “and then...” with 19 photographs in Fine Art 150 x 100 cm, accompanied by lectures on PhoTotempism and a book of photographs related to the exhibition.

In January 2015, the first book of a series was printed entitled the Awakening of Statues in the Capitoline Museums, photographed with the fototempistic concept. 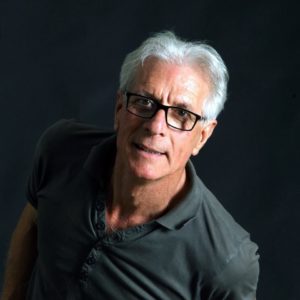